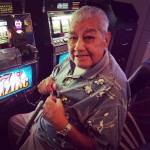 Jose Luz Cordova Gaspar, 80, passed away in his home after a long bout with renal disease on Thursday, May 23, 2019. Though a long time resident of Salinas he recently resided in San Diego where he was cared for by his family.
A widower of five years, he leaves behind three sons and a daughter.
Originally from Zacatecas, Mexico, he took great pride in his place of origin, as well as the city in which he raised his family, Salinas. He was a migrant worker, moving from city to city until he finally settled in the Salinas Valley where he worked as a field foreman for over 30 years. Waking at the crack of dawn for years had given him the uncanny gift of identifying any crop that was grown in the valley as he drove at a distance—often leaving his children awestruck.
On Sundays he could be found at the ambo at Sacred Heart Church serving as a lector. A lifelong Catholic, stemming from his infancy in Zacatecas, he often said he found comfort in the Church, even when, as a child, he listened to Latin Mass and didn’t understand what the priest was saying. It was a reverence he maintained throughout his final days, as he customarily saluted the saints that adorned his bedroom.
Watching baseball will no longer be as special as it once was. Arguing about whether the As, the Dodgers or the Padres are the better team may not be as contentious. Nothing compares to seeing him wear the green and gold and celebrating a homerun and telling me how this year they’re winning a championship.

Preserve the memories and special thoughts shared
by friends and loved ones with a Memory Book.

We believe that the success of any business requires dedication and professionalism. In our business, in particular, it also requires a great deal of kindness, compassion and attention to detail.